For those of you who have not frequented the leafy and tranquil cliffs of the Wye Valley, here is your chance to sign up and combine your love of getting lost in the woods with your love of climbing limestone!
Wye, It Is a Spreadsheet?!
There’s four main crags people go to (and some terrible quarries but we don’t talk about those*):

Shorn Cliff
Concealed cunningly in the woods above Tintern, Shorn Cliff is mainly steep slabs and technical wall climbs (but there are exceptions, check out Tigers Don’t Cry!), single pitch and about 20-30m. Very good if you operate in the VS-E2 range. All trad, and often considered to have many ‘low in the grade’ routes.
Wintour’s Leap
The big bad multi-pitch cliff of Wintour’s Leap looms above the murky Wye and occasionally (quite large) bits fall off. A pretty serious cliff but there are in fact a number of decent easy multipitch routes, as well as the adjacent Woodcroft Quarry (*yes, I lied) featuring some rather dubious sport routes. Check the UKC notes for anything you want to lead to make sure it’s still there, and that it’s still possible to get down again (some bits have abseil stations, some bits top out and walk round (there’s an Easy Way Down at about Mod grade)).
Wynd Cliff
Fairly close to the parking, Wynd Cliff has a right and a left crag each featuring generally steep trad routes up to about 35m across the grades including the classic VS duo of Cadillac and Questor, but again, the rock cannot always be trusted (I’ve done two different versions of the former…)! There’s also a sunny little sport quarry adjacent. (*yes, I lied again)
Ban Y Gor
Sport climbing! Steep blocky limestone requiring some burliness but rarely over 20m high (“short, steep and bouldery” says the guidebook…!). There’s actually some trad as well…

Accommodation
I’ll try to book Beeches Farm Campsite as it is situated just behind Shorn Cliff and is apparently fairly easy going regarding cooking and drinking. There are plenty of others in the local area though.
Dinner
I’ll check out the local pubs; there’s at least two decent ones in Tintern, Chepstow seems a bit dodgy, or we could bring food depending on the numbers…

A Cautionary Note
All the Wye crags justifiably have a bit of a reputation for loose rock, polish, vegetation, abseils from suspicious trees and the like. A lot of Wintour’s Leap routes are protected by pegs which may be present, absent, or in a highly suspicious state. Shorn Cliff routes often feature threads and rock formations called concretions which will require some circumspection when using or abusing them. Popular routes tend to be clean, well protected and relatively trustworthy, but Stanage this ain’t…that said, it’s a beautiful area, can be around 3 hours from London, and some of the climbing is superb and quite adventurous feeling, and feature great views from the top too… 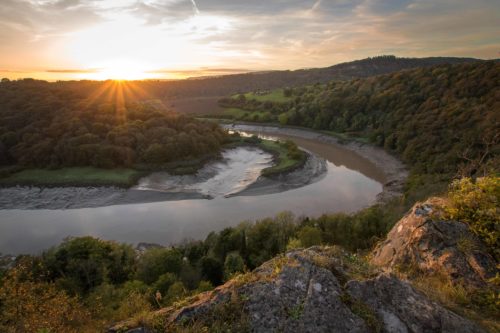 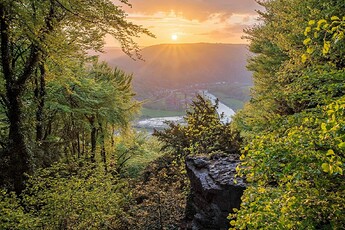 At Shornecliffe one of the belay trees for Cavaliers made a very good bench…at the base of the climb…they tumble over fairly regular, but generally the best routes get enough traffic that they are ok by this time of year. The leaves are only just breaking bud so expect to belay with lush views of Tintern Abbey and the Wye. Shornecliffe is one of my favourite local crags, but there is very little low grade (maybe two routes below HS?) as opposed to low in the grade, and whilst the lower third of climbs is often burly, the top gets more thought provoking and unstable. Lovely stuff.

I’ll try and make it as I’m local, prob only for one day mind.

Notice you left off the Yat, probably wise

Notice you left off the Yat, probably wise

Yes I have climbed there too…!

PS if you want proper charcoal for a BBQ at Beeches, then give me a shout

Ban Y Gor was fun when I went there in 2020 with Aidan, weird though it was like all the holds were upside down?

Mark next time that happens can you follow club policy and render such contraband to the President who will of course ensure it finds its way safely to the proper authorities at the exact quantities as when it was discovered. Thanks.

We do not talk about Tintern Quarry

Ban Y Gor it is, then! Will need a treasure map from you, @Mark_W

Hey @MattGee - thanks for putting this all together. I’d like to sign up to this one, but not a member yet. With the meets, not sure if I can join as a guest, or need to sign up to the club first? Either way I’m game. I’m BMC affiliated already. I’m heading to the Castle on Monday for my belay inspection. Maybe see you there?

Hi Olly, yep, should see you on Monday, if you’re a BMC member you can come on meets without joining I believe, although @HollyP can confirm this…

Thanks Matt. Very happy to sort membership first if needs be.

We get three months BMC prospective member insurance cover when people look to join, which gives a bit of time to see what the club is like etc.

Just worth bearing that in mind really, we have had experienced prospective members go on other trips but the “new members meets” are specifically dedicated to that.

Thanks Mark. Totally understand. I’ll sort everything after meeting up on Monday. Maybe see you at the castle…

Up for this in principle. Need to do diary cross check.
IME Ban y Gor is like a slippery dip. Super shiny. Hard no from me on that crag unless there is a bit that is not that. Otherwise excited about choss

If memory serves it was at the base of The Good Friday Agreement. Maybe there are magical weed fairies who make regular deliveries!

I’m hoping to make it for one day. I’ve got a one year attachment to work in Cardiff so I’m only an hour away at the moment. It’d be good to come and see some old faces.

Unfortunately I’m double booked for this now, which is a shame as I’ve a lot of fond memories of the Wye (and several key ambitions left unfilled!).

With the exception of the shorncliff HVSs I always thought Wintours was the plum of the lot - there’s obviously all the big routes, but even the single pitch stuff on Fly Wall is probably better than most of the other single pitch trad in the valley.

Fly Wall is great! Had an incredibly productive day a few years ago when we ticked most of the VSs but I need to go back and do Freedom (Direct?)

Hi all. New member here. Application submitted a few weeks back but still waiting to hear if I’ve made the cut. I’m super keen to join this trip too, if you’ll have me along? I do have a bmc card too so hopefully that helps.

Another vote for Shorncliff for me. Unfinished business with the organ grinder.