Weekend ice climbing in Europe - how about the Tatras?

In the great NLMC tradition of weekend ice climbing trips, and because quite a few people seemed interested at the Christmas meet, I thought I’d write a little about the Tatras (Polish and probably Slovak) and suggest going there on a weekend trip weekends.

I can bring along some Topos / Guides and maps to the pub meet if anyone’s interested.

Program like
Friday 18:00 Flight from London get to a refuge or more likely somewhere down in the valley
Saturday - Shorter climbs
Sunday - Something more fun ; start early
Monday 06:10 Plane -> London - work for about 10

I’m thinking of going for one weekend in Jan and one in Feb or late March probably.

Some photos from ski-touring the week before last and some climbing ones from earlier to encourage everyone: 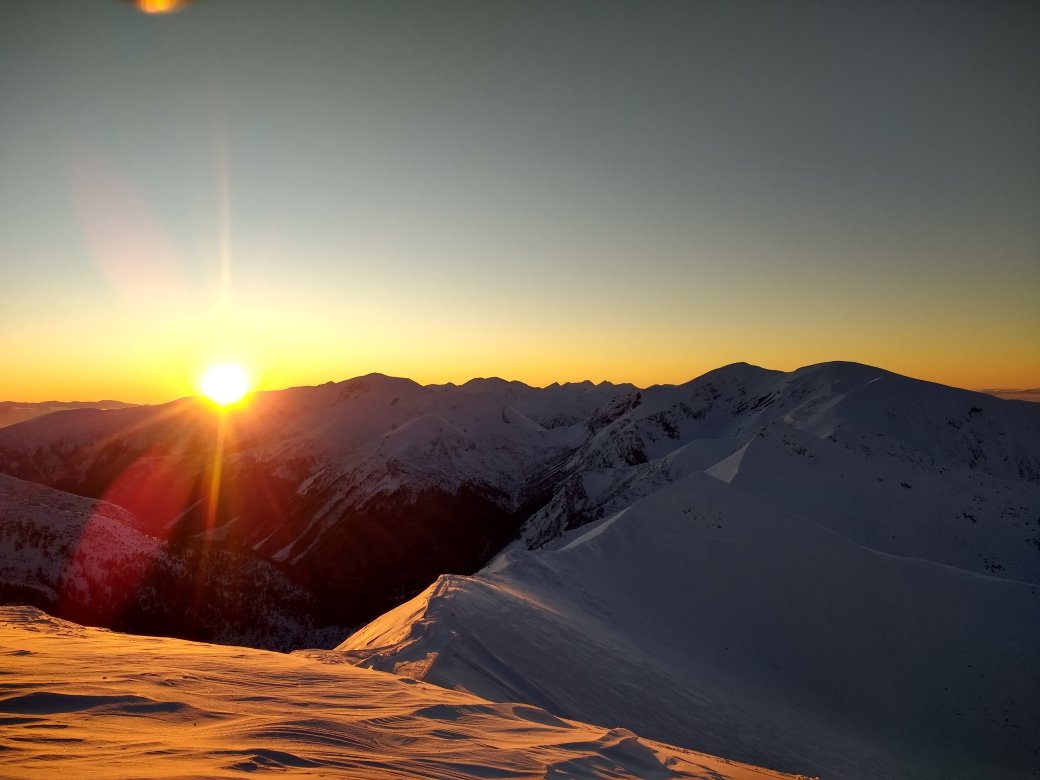 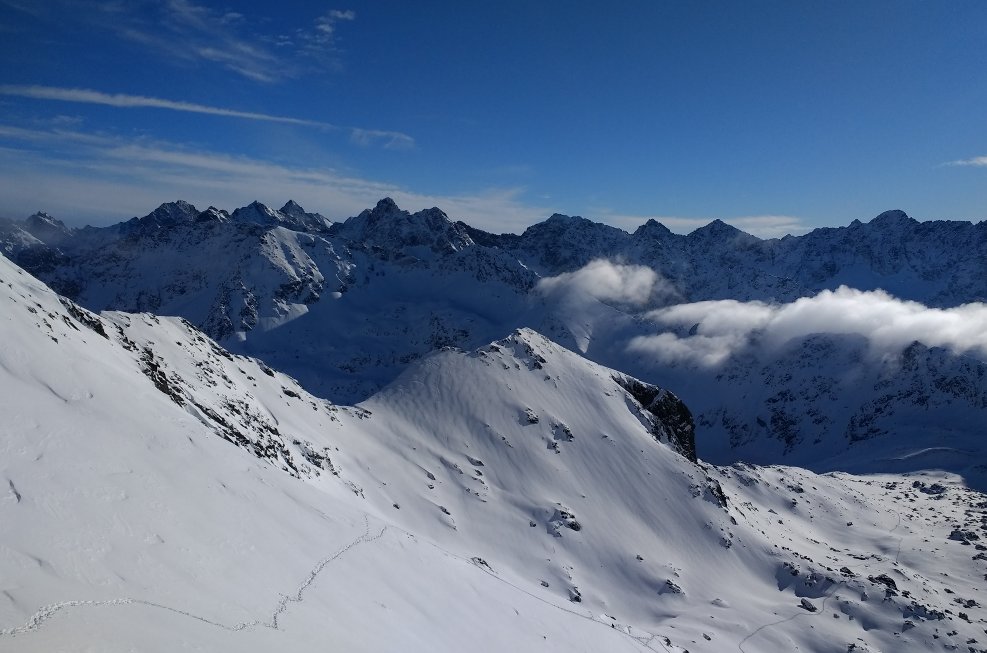 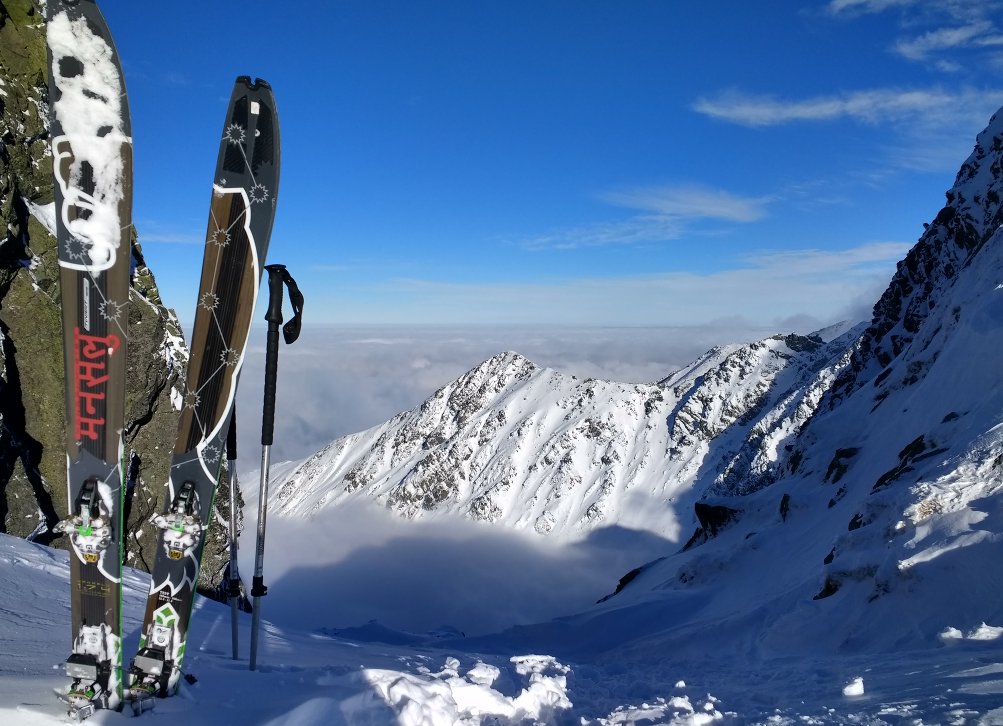 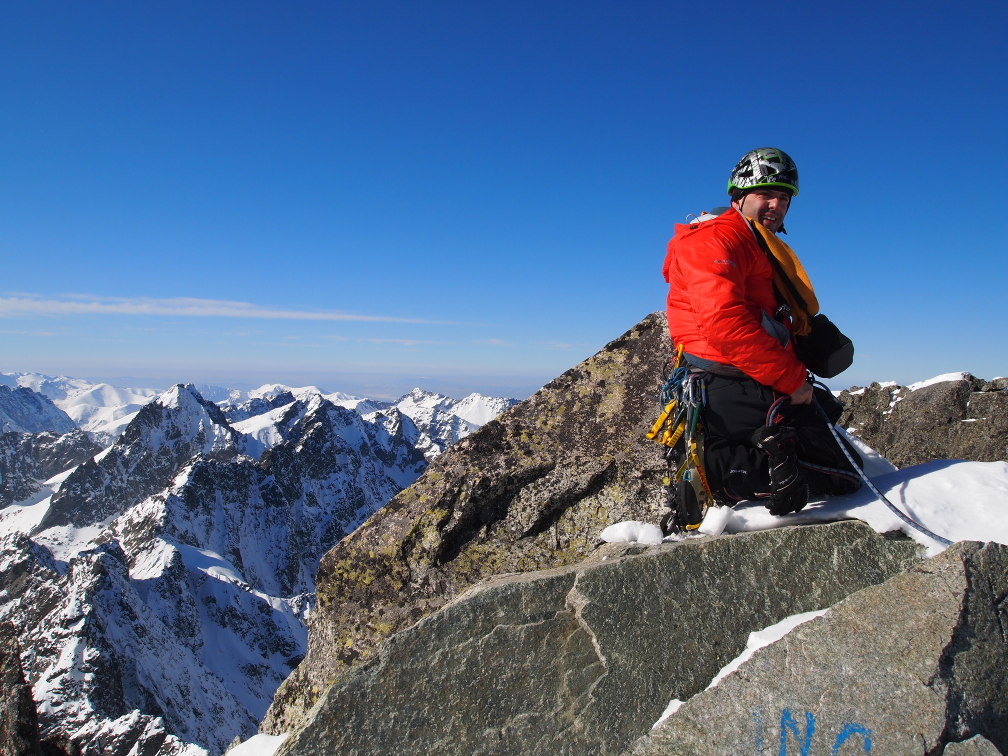 ice climb in Slovakia ; I think opposite Gerlach. 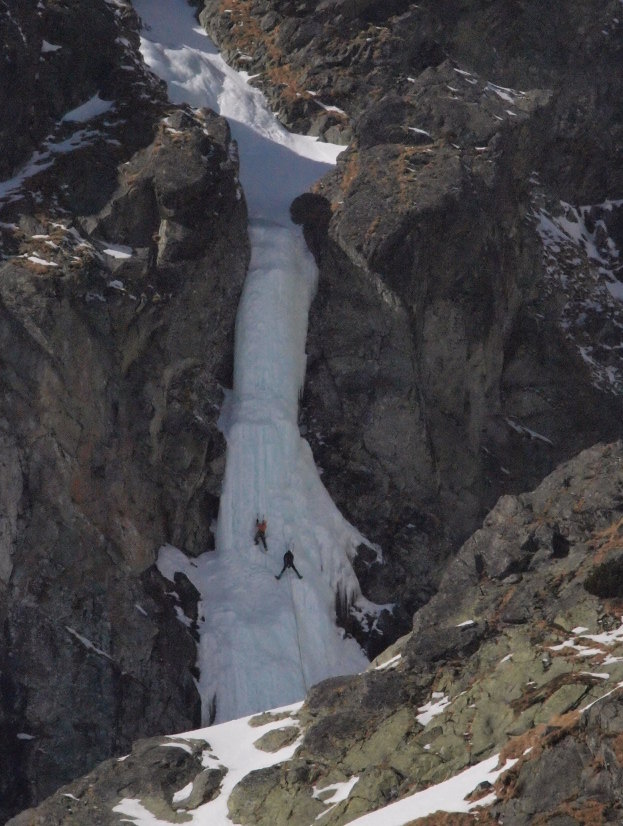 Sounds good Michael could be interested - what weekends were you thinking? And where would you fly to?

I know the Slovak side is much more extensive, plus I have a friend who is part of the Slovak mountain rescue, and lives in Zdiar near the border.

If you need more info about anything, I can reach out to him.

Re flights, krakow is closest to the polish side. On the Slovak side, poprad is closer but flights are occasional and prob won’t accommodate a weekend timetable.
Kosice is about 2hr drive and they typically have an early 6am flight.

With respect to me, I’m interested, but lack experience

Currently I’m thinking about second or third weekend in January. I’m likely also to be in Slovakia 12-18 March.

Airports as @krisk says Krakow for Poland but I don’t think flying into Poprad is very practical (you have to leave work at lunch time on Thursday - the next flight is at lunch time on Saturday) so there’s another airport a bit further away at Košice which is probably where I’ll end up going for Slovakia.

Sounds really good, I could be interested if I can make the dates work.

The weekend of the 13th/14th of January looks most practical to me for a first try of this and flight costs are already good then after Christmas. I have a reservation in Popradski Pleso for four people but that can be changed up or down.

You would have to arrive at the refuge on Friday (12th) evening. It seems that you need to either take Friday off for travel or take a day working in Slovakia. On Monday there’s a route back via Bratislava that arrives in London before 9AM and would allow climbing on Sunday till the afternoon.

From the Midlands it’s a bit more difficult. You have to go to Krakow and take a bus or one of the other airports and take a train. You probably lose a day at each end. The alternative is to come to London.

Could everybody who’s wants to come please PM me a phone number and an email address. I’ll then share a google doc with travel plan.

Further research says that, at around £130 + £70 for ski transport we have a good plan with two or three solid days of climbing. I’m aiming the weekend of the 13th/14th since the next weekend will probably not work for me.

At least two of us will be going and have agreed to book now. 12/13/14 January back on 15th in time for work. Another three seem possible. Please tell soon if you will come. Unfortunately the later date doesn’t suit me any more. If anyone does want to go then

There were a few questions asked privately that the answers might be worth putting out for everyone:

What gear should I take?

Cold can be variable. Normally -5 but easily down to -20 or more. Think about things like down belay jackets and face masks. Several pairs of gloves.

More importantly, this can be Avalanche terrain. It is now normal and accepted for climbers to take beacon/probe/shovel. Make sure everyone knows how to avoid problems.

Ski mountaineering gear or snow shoes can be very helpful. I often climb in ski boots.

For this trip, with us, not really unfortunately. I don’t think we are really able to look after you. Three possible answers:

What about different timing?

I won’t be able go again in Jan/Feb but I can support if someone else wants to try. There were several people interested. Get in touch with me and I’ll share our planned schedule / afterwards I will give some report. Post on here and we can discuss.

What about starting from other areas of the country?

It looks like in most cases you either fly to Krakow and take a bus from there or you come to London and fly to Slovakia from there. Schedules vary so everybody has to check their own airports.

So we had a pretty successful weekend one day climbing and one day ski touring. Saturday we did Puškášove rebro - Puškáš’s Rib - where Puškáš is a much famed Slovak climber. It’s number 12 on the Topo for Tupa and there’s even a YouTube video I haven’t watched yet since I’m using mobile internet. It was a pretty easy (about grade III) route since we were going out for the first time together, but at 500m with a fair bit of soft snow a pretty heavy outing. On Sunday we went for a ski tour up to Železná brána (we went exactly up and down the red line in the first photo). Snow on top was great powder but underneath there were some nasty icy patches which lead to a bit of an exciting time. The descent on the other side - see the highrez version of the title photo in the article will have to wait for March. I think Simon will write up a bit more later together with photos so I won’t spoil the excitement apart from saying that it was a great weekend. Thanks to Simon for coming along and being a great partner for everything.

Sounds like you had a super weekend. Thanks for the trip report. Certainly looking forward to the photos and the other opinion!

I have written a short report on our trip which I hope is helpful to any members thinking of doing something similar. It was a fantastic few days and I can’t thank Mike enough for suggesting and organising it. If anyone has any specific questions I’m more than happy to answer what I can although Mike has far more knowledge than myself.

You can find the report here: Slovakia Trip Jan 2018

Excellent trip report Simon. It really looks like a good area. I think an official club trip next year might be a great idea.

Looks awesome! There might be some material for the spring newsletter in the report…

That was my first trial of the skis and i’m very happy. I’m keen for some ski mountaineering in Scotland if the weather permits.

@khalidqasrawi some club trip to Slovakia would be a great idea and I’d definitely help arrange, at the very least suggesting places, probably plenty more. If we wanted to do a winter one it would be good to have some summer trip or long weekends beforehand so that at least some of the members know the mountain topology because some of the descents can be a bit complex and people sometimes end up spending their nights out even with some terrain knowledge. Let’s talk it over during the Scotland trip because it’s good to make reservations early.

I will be out for some time in March though with specific plans with friends and also if is interested then an April or even May ski-touring weekend might make sense.