) and we’ll have some places in the rental car, in case another pair wants to join us and share travel.

Plan is to fly out on 4.3. afternoon/evening to Malaga, rent a car there and drive to the mountains. Then climbing (staying in huts / bivvy) and fly back 8.3. late evening.

Don’t have a set plan in terms of what to climb, but there’s a bunch of options for both technical and more mountaineering style routes:

We’ll have 2 spots in the car, so if anyone wants to join, let me know

Keen in principle - but no partner (or ice screws).

Will wait and see who responds!

Nice, I did a few trips out there years ago in winter. The manned refuge at 2500m on Mulhacen was great, but the other huts/bothies were absolutely baltic. It can get super cold. Access from north is easy via the ski station and there is the old road for getting east-west, although this banks out and can be a wade with a multi-day pack. The ridge traverse is great fun

Cheers @chizharward how long did the ridge take? I guess you went veleta mulhacen alcazba?

yep. It’s a bit hazy as was about twenty years ago! I think we walked up the pistes from the ski station to Veletta and then climbed down the east ridge which was very difficult in places with a big pack. You can avoid all the difficulties by getting on the old road that skirts under Veletta and then snakes along the south side of the ridgeline, but what’s the fun in that! The ridge traverse is quite involved if the snow isn’t banked out neve and took a long time, we didn’t stick to the true ridgeline always as it would have taken forever. There were long easy sections of walking, think Alcazba was a bit tricky. If the snow is soft it would be purgatory on the ridge. I seem to remember it taking a day, but don’t think we started early.

In summer it’s part of the classic Ruta Integrale de los Tres Mils which is a multi-day hike, although I think that usually avoids all difficulties, but may be useful for researching. Want to go back and do that in the sunshine sometime.

There was a guy called ?Richard who ran a guiding company called Spanish Highs, may still be going, he was a mine of information and I think had a decent load of information online.

I remember one trip in February there was a freak weather system and it dropped to way below zero on Veletta, we got down to Lanjaron to find all the oranges had frozen on the trees and the vegetable crops had been wiped out by frost on the Costa Tropical. Price of courgettes went through the roof. It can be super cold, but very dry, so not that bad.

here you go, Cerro de Las Manchos was good, as was Raspones

Some photos from the trip for anyone wanting some vicarious self-isolation mountaineering! 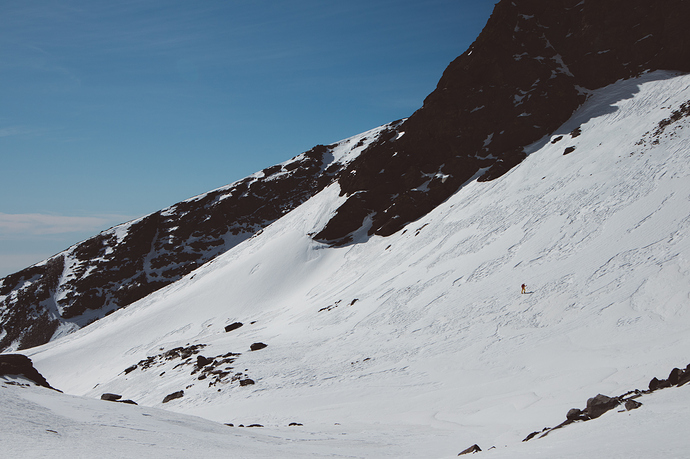 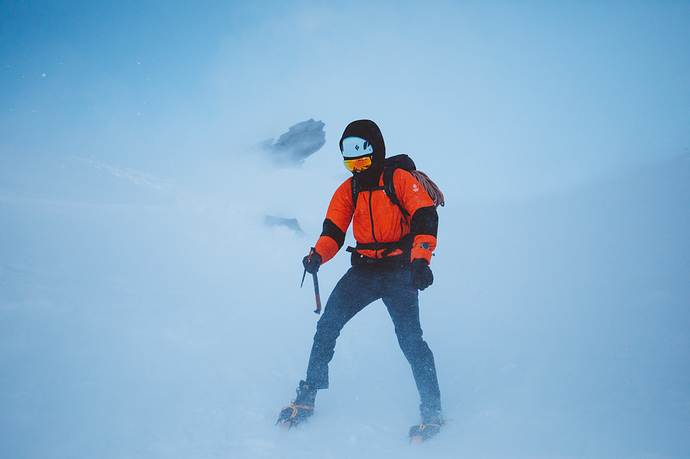 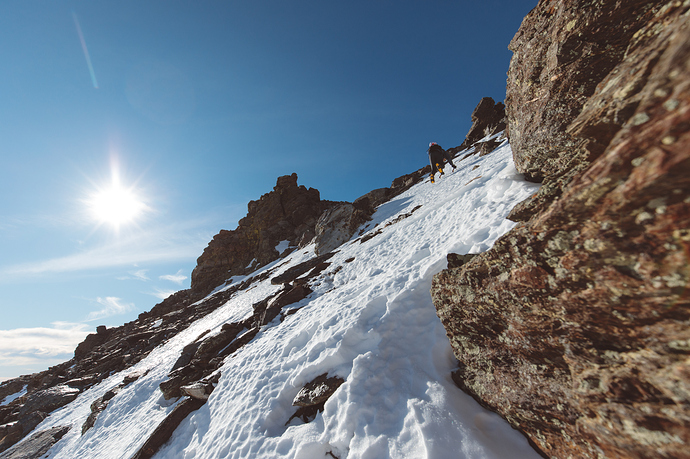 Wow, nice pictures @tomhardie. Really like the shitty weather b&w photos and post-processing style on the color ones!

Tom and Jake did raspa del tanto. Lada and I did corredor central and NE ridge both on North side of mulhacen. Ridge was pretty good with nice rock pitch between snow climbing and rock step to to out.

Nice, must go back after the Apocalypse is over

Yeah we were talking about doing the classic espolon de l alcazba. Probably starting from the north and crossing to the hut on the other side.