Joe Brown, arguably one of the world’s greatest ever all round climbers died at the age of 89 at his home in Llanberis. His tally of new routes in Wales and on gritstone reads like a wish list of must do climbs. Done in the 40’s, 50’s and 60’s without modern protection devices and wearing gym shoes he was a formidable rock climber. He was also a very accomplished Himalayan climber, making the first ascent of Kangchenchunga, third highest peak in the world, and Muztagh Tower in the Karakoram. He was very modest, unassuming, and great raconteur. I had the privilege of doing some climbing and film work with him but my fondest memories will be of doing some of his greatest routes, like Cenotaph Corner, Cemetery Gates and Vector.If you don’t know much about him google the name and be impressed.

Some good anecdotes starting to go up on Footless Crow blogsite…a few sides of Joe I daresay not many knew about! 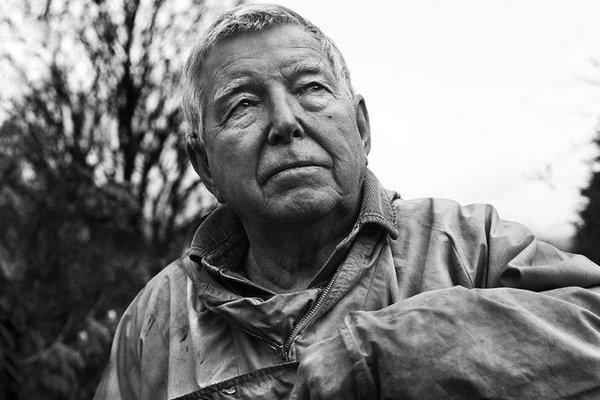 We recently reported that British climbing legend Joe Brown had passed away at the age of 89. One of Joe's longtime friends and climbing partners, Dennis Gray, has performed a musical tribute to...

Dear #Richard. Thanks. I shall not argue with you.

Griff Croft and I met Joe on the slopes of the Glyders by the track up to the kitchen. he was going up a stream. We had a word or two with him. Good Bloke. Not many, if any blokes like him today.